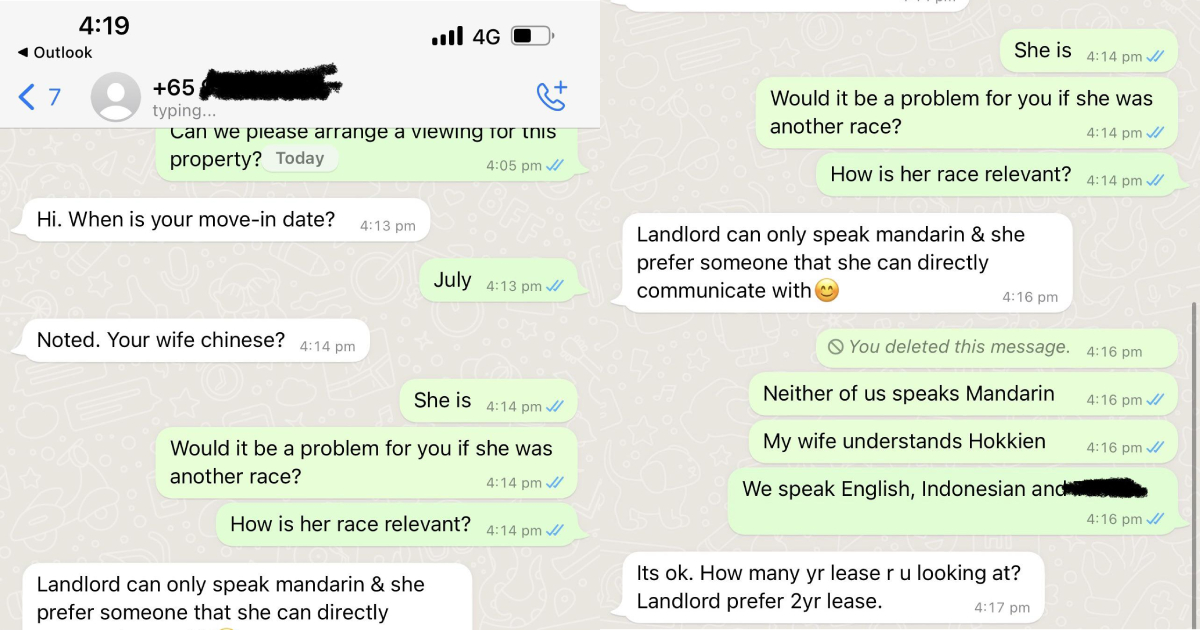 When an ang moh man tried to rent a place in Singapore, the property agent asked him “your wife Chinese?”

When he asked why is race relevant, the agent replied that the landlord speaks only Mandarin and prefers someone who can speak the language for ease of communication.

The man replied that his wife is indeed Chinese but cannot speak Mandarin.

Strangely, the agent had no issues with that and proceeded to ask follow-up questions on the lease period.

Pause here. The landlord wants someone who speaks Mandarin but the man’s wife, though of Chinese race, does not speak Mandarin. Wouldn’t this be an issue for communication with the landlord?

Rental agent asked me (Ang Moh) what race my wife was, claimed it was because they want a tenant who “speaks Mandarin” but when I told him my wife is ethnically Chinese but neither of us speaks Mandarin he said not a problem. Obviously the issue isn’t actually language here, and knowing how tough the property market is right now my heart breaks for anyone trying to rent right now and getting knocked back on account of their race.

Looks like the preference is for a certain race, rather than someone who can speak a certain language.

Flip it around, if the tenant can speak Mandarin but is not ethnically Chinese, would they accept him/her?

Communication here is merely used as an excuse when the true criteria is race.

If the tenant does not belong to a certain race, he or she is automatically rejected solely based on race.

These discriminatory practices are not uncommon, with many landlords explicitly excluding certain ethnic groups from their search. Most landlords also prefer to rent to the same race.

Unfortunately, when the ad itself is not discriminatory, there is technically no breach. 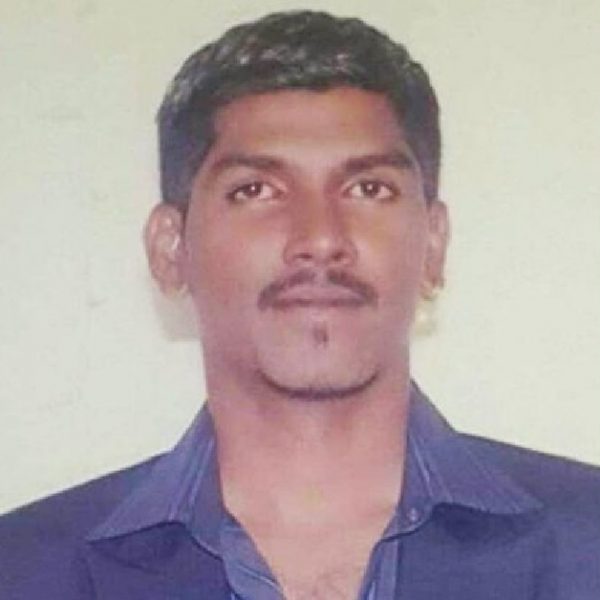 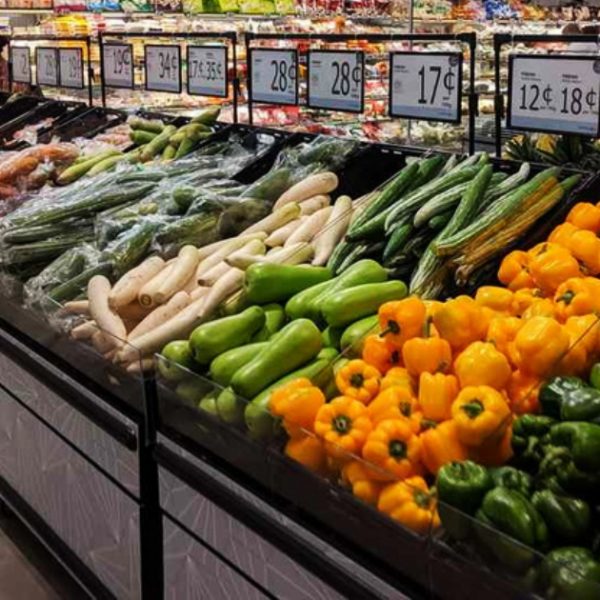 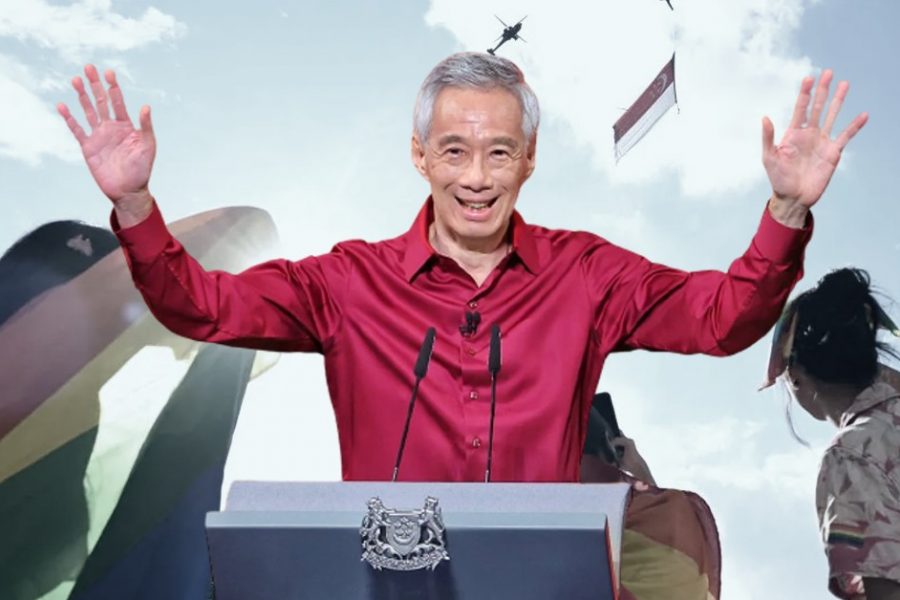 Section 377A Is Repealed For PAP’s Political Gains! 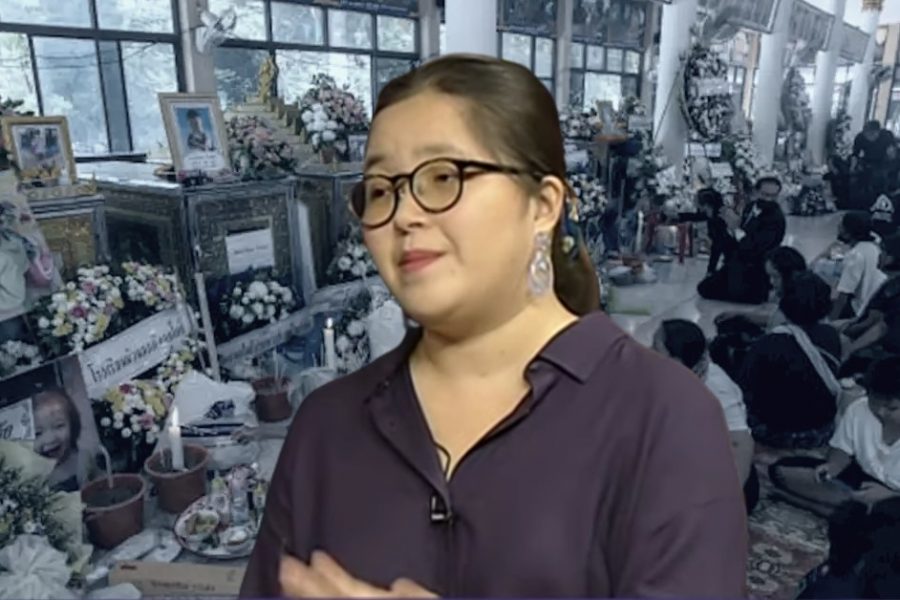 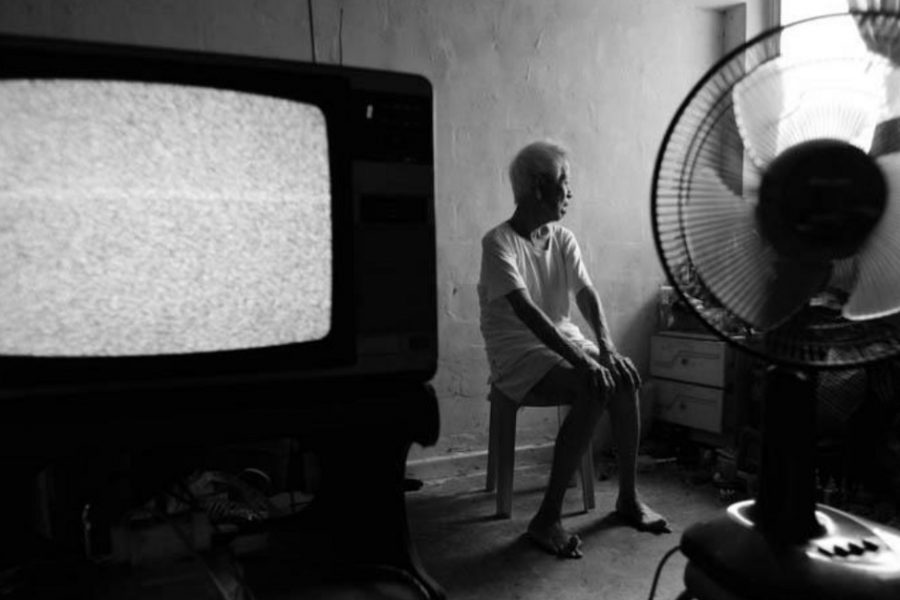 Hello Task Force, Our Lives Are Not Just Numbers. Do Something!