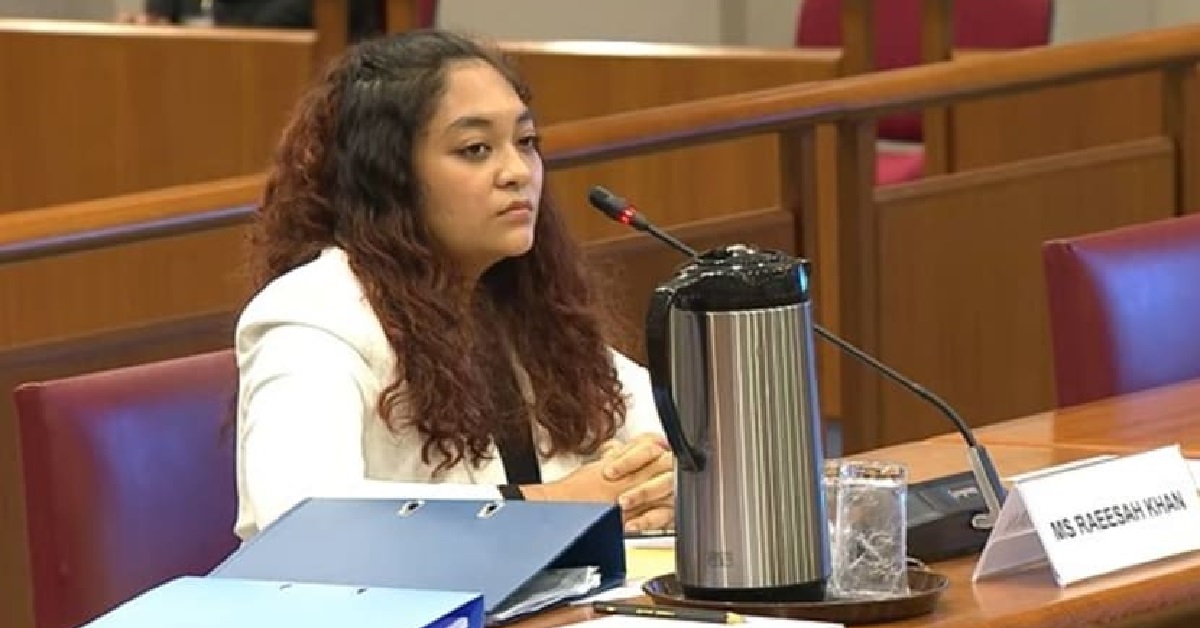 Raeesah Khan told a harmless lie, yet it blew up. Was this all planned? Is she a PAP mole sent to destroy their strongest opponent?

In a twist of events, Raeesah Khan now says that the Workers’ Party (WP) leaders told her to ‘continue with the narrative’ after she lied in parliament. According to her, they also told her not to respond to the police.

How do we know that she is telling the truth? She lied twice, what makes the Committee of Privileges (COP) so sure that she wouldn’t lie again to bring the WP down? Looking back, it seems like she is a mole with a purpose to take down the PAP’s strongest opponent.

This started with a harmless lie

Just to remind everyone, this started with a lie about Raeesah accompanying a rape victim to the police. She alleged that the police made irresponsible comments when questioning the victim about the way they were dressed.

Turned out that this was just an anecdote similar to an unreliable “hearsay” which is no different from the “that who say one” often used by Singaporeans to spread rumors.

At it’s core, this “hearsay” would be harmless, especially if she reminded everyone that it is just an anecdote. This could have been done right after her speech, or even in October when Shanmugam started “questioning” her.

At that time, WP leader Pritam Singh told her to tell the truth herself, and gave her space to sort things out. Pritam was being thoughtful, because Raeesah hadn’t told her own parents about being a sexual assault victim. Unfortunately, she chose to continue to lie.

What’s worse, is that when WP tells her to resign after that, she somehow decides to bring the whole party down with her. This is even though they stood behind her and did not throw her under the bus when they first found out that she was lying.

WP leaders are not so stupid

The allegations that Raeesah made against the WP seems too far fetched. Why would Pritam Singh, Sylvia Lim, and Faisal Manap tell her to continue to lie? These are people who are smart enough to at least know the consequences of continuing to lie, especially after Shanmugam starts questioning. They wouldn’t dig a deeper hole for themselves.

Also, Raeesah made a very serious allegation against Pritam, Sylvia, and Faisal. This could just be another one of Raeesah’s unverified anecdotes. Yet the COP decides that one person’s account is enough, and decides not to fact check with the leaders before publishing their report.

The timing of the whole incident is also weird. Why did it take 2 months before Shanmugam asked her for more details, instead of asking her on the spot? In that 2 months, did she decide to switch loyalties and work with the whites to bring WP down?

Is this all part of their plan? It seems possible that the PAP found the WP’s weakest link who made a small and easily correctable mistake. (Remember when Vivian Balakrishnan lied about TraceTogether, but all he did was come forward to say “when a mistake is made, just come clean and say so”?) Yet, they decide to leverage on Raeesah’s small mistake by blowing it way out of proportions.

Raeesah Khan is a disappointment. She not just betrayed WP, she also betrayed all the WP supporters who once fought for her. Luckily, we know better. This will not cause our support for WP to waiver. Subhas Nair: Uncle Raymond Reminds Us That Public Space Is Not For Brown People